You may be surprised to know that the method of making wooden pencils has not changed much, since it was introduced for the first time, during the 1600s. The only difference is that now sophisticated machines are being used for this purpose, instead of the traditional ones. The history of pencils can be traced back to the period of ancient Egyptians and Romans, who used a crude form of pencil called ‘stylus’, which were thin metal sticks made of lead. These sticks were used to make marks on ‘papyrus’, an early version of paper. The word pencil is derived from the Latin word pencillus, which means ‘little tail’. 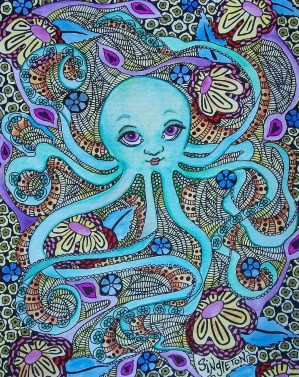 The origin of modern-day pencils can be traced back to the early 15th century. The use of graphite in pencils started with the discovery of a graphite mine in England, during the 1500s. Soon, people started using it for marking sheep, as the graphite was so pure and solid, that it was very easy to cut it into sticks. Later, they realized that the graphite sticks required some sort of a case to make them stable. They used strings or sheepskin to cover the sticks. Eventually, these cases were replaced by wooden ones, which are still being used worldwide. It was the Germans who, in 1662, introduced the method of using a mixture of graphite powder in pencils.

Even though the inner core of the pencils are made of graphite, people still call it lead.

//platform.twitter.com/widgets.jsIn reality, there is no trace of lead in pencils. The outer case of a conventional pencil is made of wood, and the inner core consists of a mixture of graphite and clay. The inner core can also be made of colored pigments (to make color pencils) or charcoal.

The primary task is to make the core of the pencil, which is known as ‘lead’. Graphite, which is a soft mineral, is ground and is mixed with clay and water. This mixing process takes place in a mixing chamber, where the water is removed after the process. The mixture is air dried to form a powder. This powder is again mixed with water to produce a soft paste, which is fed into thin metal tubes; and extruded in the form of thin rods, to form the core of pencils. These rods are superheated to form hard and smooth pencil leads. The conventional wood pencils require a wooden case, which is usually made of cedar wood, but it can also be made from other types of wood. Cedar logs, which are cut into pencil stock, are transported to the slat factory, where thin slats are made using a circular saw. These slats are sorted as per the width and grain and are stained, before transporting them to the pencil factory. In the pencil factory, eight shallow grooves are cut into one side of the slat and graphite cores are placed into the grooves. Each groove is fitted with one of the leads prepared earlier. In the next step, the grooved slat, fitted with graphite cores, are glued with another grooved slat. Both slats are glued in such a manner that the grooves overlap each other, to form a tube-like structure, which contains the graphite core. The slats are clamped together till the glue dries; and are sent for the milling process, which separates individual pencils by cutting the slat. This is followed by the trimming process, which is meant for trimming the pencils to a uniform length. After this process, the pencils are given the desired shape. It can be round, triangular, or hexagonal. Next is the turn of sanding machines to make the surfaces smooth, and make them ready for use. These pencils are coated with several coats of paint or lacquer. Normally, eight to ten coats are applied over the surface of a pencil to make the surface more smooth and splinter free. If the pencil is supposed to be attached with an eraser, a depression is made at one end, to attach the ferrule. A ferrule is a metal ring, which holds the eraser. A special machine is used to attach the ferrule and the eraser to the pencil. The next step is imprinting the brand name, through hot stamping. The number corresponding to the relative hardness (for example, 2 HB) of the lead is also stamped. The last step involves packing of pencils for distribution. The manufacture of pencils involves use of natural resources, like wood, clay, graphite, and water. It also requires electricity and manpower. So, wasting pencils is like wasting our resources, and the efforts of the people involved in making them.